Have you ever gotten yourself stuck in traffic, wanted to read a book, or even wanted to watch a YouTube Video while driving?

Chances are that you have and maybe you should consider doing those things before even driving at all but the title says it all. Autonomous cars are becoming a reality with auto and tech companies uniting together to bring non-user operated vehicles to the streets sooner than you think.

Back in 2009 the company WAYMO partnered with google for self-driving cars to become a sci-fi reality with cars already being tested on streets with the company driving a combined estimate of 3 million miles to this day.

Self driving cars save gas, learn how you can save money on gas too -> Click Here!

The company is s sure of their work that they even offer a test run to residents in Phoenix, Arizona to ride in one of their models to ensure its safety and efficiency.

The Improvements doesn’t stop there because congress has recently conversed on a national bill that regulates the laws that deal with non-maned cars.

There’s also a new profession that is developing around these cars where a person can become a “Self-Driving Car Engineer” in as little as 9 months. The world is becoming a “Smarter” place with each passing day! 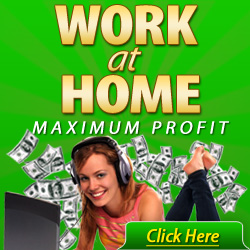